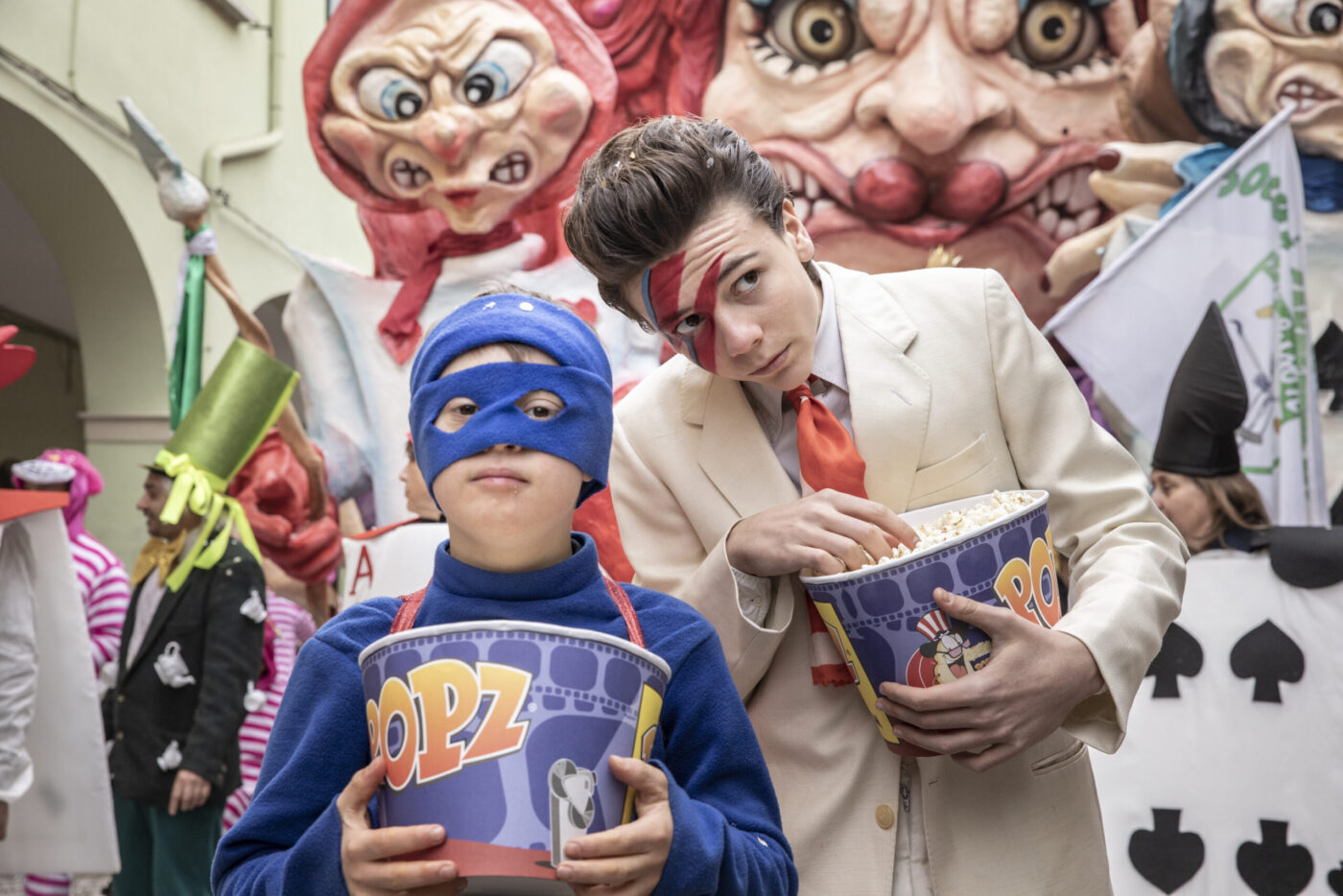 Piotr Czerkawski: The narrative of your debut film ‘My Brother Chases Dinosaurs’ revolves around a family who raises a child with Down syndrome. Not all parents find as much strength and courage in them as your film characters did. In fact, protests have sprung up across Poland...

Stefano Cipani: I think I know what you’re getting at. I am absolutely convinced that every woman should have a choice whether to give birth or not. Such a decision should not be taken in view of legal regulations, but rather be driven by what the woman’s conscience tells her.

I guess that in the process of making ‘My Brother...’ you met many children with Down syndrome and spent a lot of time with them. What did you take away from this experience?

I had no idea that children with Down syndrome would show so much love towards everything around them. It is a truly beautiful attitude.

Watching ‘My Brother...’ made me reminisce a lot about a different Italian film touching upon the issue of intellectual disability – the brilliant ‘The Keys to the House’ by Gianni Amelio. Was it one of your inspirations?

No, because it’s been quite a while since I last saw ‘The Keys...’ and I don’t really remember it that well. There are numerous other fantastic films about disabilities, though, which had a profound effect on me. Take, for instance, ‘37 seconds’, a Japanese film about a girl suffering from cerebral palsy. Many good examples may also be found in the American cinema. I think that ‘What’s Eating Gilbert Grape’, ‘Forrest Gump’ or ‘Rain Man’ in particular are true gems.

The similarity between ‘My Brother...’ and ‘Rain Man’ lies in the fact that – regardless of the seriousness of the topic – you included quite a lot of humour in the plot.

Listen to this: initially, ‘My Brother...’ was even supposed to be a comedy. However, in the end, I cut out most of the humorous scenes as I decided that it would be better for the film to strike a more serious note. And by ‘serious’ I don’t mean ‘exuding pathos, pity and all the stereotypes accompanying most of the films about people with disabilities’. My intention was to tell the story in ‘My Brother...’ in a sensitive and authentic manner, and the latter would not have been possible but for a good deal of lightness and humour, which are, all in all, a part of life.

Gio, the boy with Down syndrome, is an important character in your film, but there’s so much more to the plot of ‘My Brother...’ than a story about this condition.

I’m glad you mention that. I was hoping for the story – told in the film from the perspective of Gio’s big brother, Giacomo – to be seen primarily as one about coming of age. And as universal as possible for that matter.

How did you want to achieve this universality?

I decided to set the film in a somewhat vague timeframe – on the one hand, the characters use modern gadgets, yet they wear clothes with a vintage vibe. I also made sure that the scenes presenting school reality are shot with maximum authenticity. Most of them were not even purely fictional but depicted events that really happened to me or Giacomo Mazzariol – the author of the original literary inspiration of ‘My Brother...’.

Speaking of Giacomo – what was his reaction to a film which was an adaptation of his strongly autobiographical prose?

I wanted to prevent a situation in which Giacomo would simply sell me film rights and then show up at the premiere. I preferred for him to be present on set and experience the way we were transferring his story to the screen. I dare say that it was Giacomo who was my first, most precious audience and collaborator.

Both Rossy and Alessandro surely live up to their reputation – they are outstanding actors and excellent professionals. Very early on, as I observed, they started to treat the lines I had written in the screenplay as their own words. Throughout the time on set I had the comfort of believing that we are allies and play on the same team.

Sounds like a perfect start to a career. Apart from the possibility of working with great actors – why did you want to become a film director?

I have loved film since I was a child and I think that watching films is the most beautiful thing in the world. This fascination was instilled in me by my father who was a great cinema-lover and would let me watch practically anything I wanted. My mum, on the other hand, was a dancer, so she was more than keen to encourage me to develop artistic interests. Even as a child, I attempted drawing and wrote poems and songs. That hasn’t changed much with time – I still create, only now in a professional dimension.

‘My Brother...’ had its premiere at the Venice festival. How does it feel to make your debut as a director at one of the major film events in the world?

Absolutely amazing. All the more so that I used to go to festivals purely for work reasons – to take photos or make short interviews with stars and earn some money this way. Coming to Venice with my own film was a dream come true where the dream had seemed absurd and impossible for a long time.

Join us for the Festival’s Grand Opening!