Gaining trust. Eva Riley, the director of ‘Perfect 10’, as interviewed by Kuba Armata 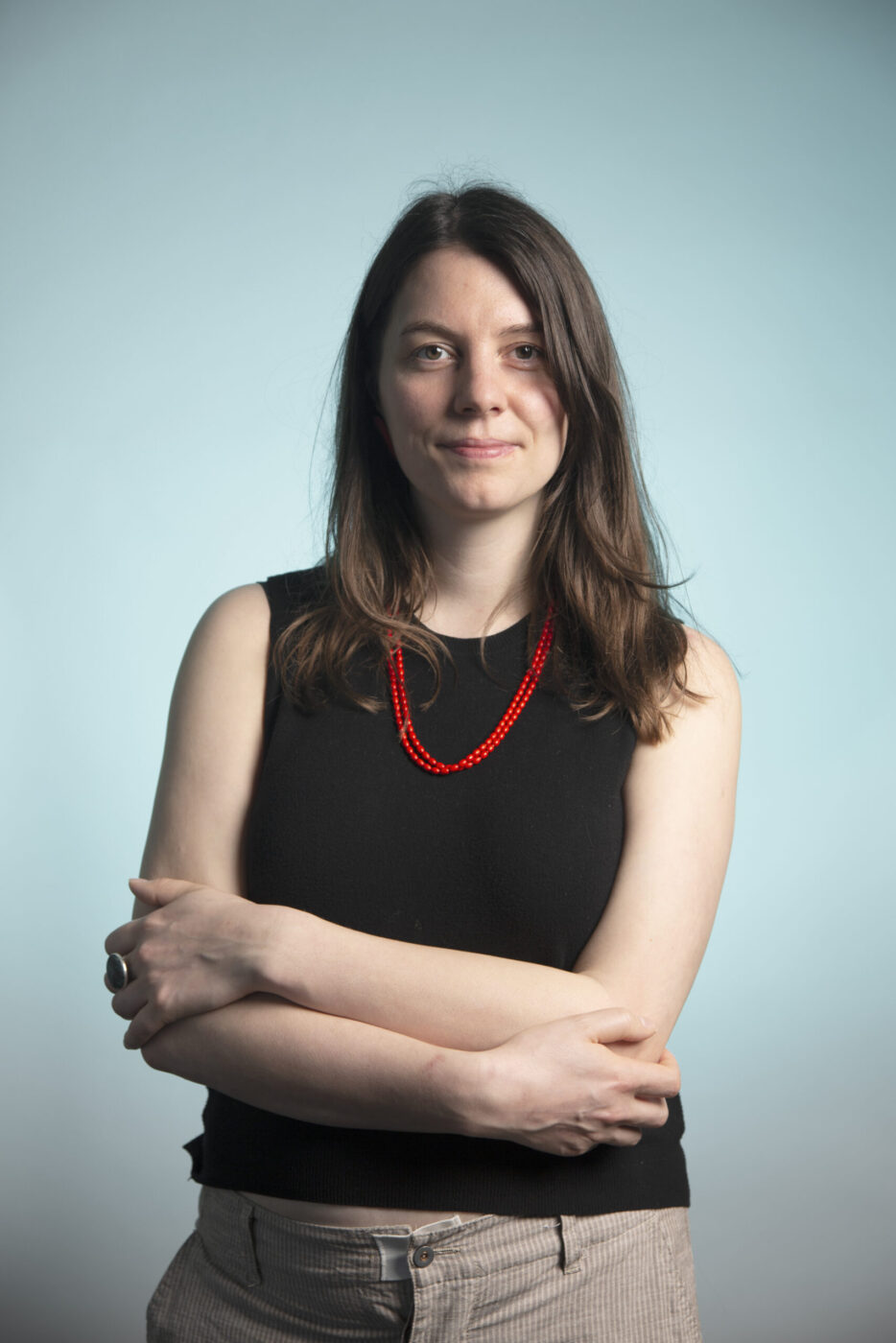 15-year-old Leigh is a gymnast preparing for her first serious competition. With the arrival of her older half-brother, about the existence of whom she had no idea, her life turns upside down. She enters a world she never knew before.

Kuba Armata: Your début film is a poignant story about a teenage gymnast who, while preparing for her first serious competition, has to face something more than just the sport reality. Where did you actually get the idea for this story?

Eva Riley: I had images in my head of young siblings walking around the neighbourhood in full sunshine. Gradually, I started to develop this initial idea. I became interested in artistic gymnastics, mainly due to the films I saw featuring Nadia Comăneci – the famous Romanian representative of this discipline. I wanted my story to be set in contemporary realities, though. Another element was the issue of repetitive motorbike thefts with so much buzz in the media. Hence, my main character Leigh is an artistic gymnast and her half-brother Joe is a petty thief and a motorbike enthusiast.

Do you think that sport can be a good getaway from the problems of the surrounding reality?

I think it can be an effective form of escape, especially when a person starts to do really well at a sport discipline. Then, the person’s full attention is focused on that, somehow stifling the racing thoughts and the chaos in their head. There is, however, another side to the coin, since devoting oneself to a sport can be really demanding. It involves stress which, in turn, can cause other problems to re-emerge, especially in the context of people who are not very confident. 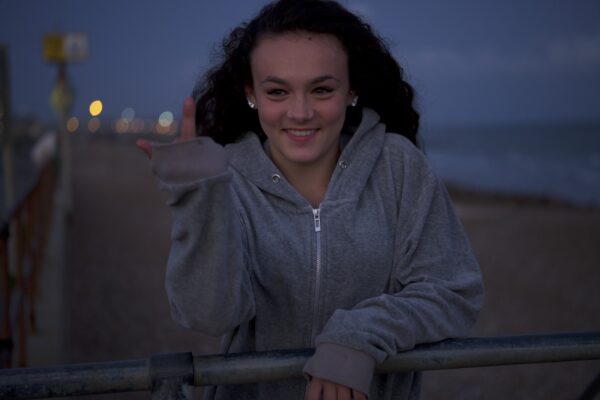 Due to her low material status, your protagonist is also bullied by her peers from the club. Do you think that girls this age can sometimes be extremely cruel to one another?

That depends on the girls! However, I get the impression that conflicts often arise in an environment driven by constant competition. Among girls and boys alike.

What memories do you have of these years?

I’m picturing long summer days, when I did not yet have a clear life purpose and would spend most of my time outside. When I entered this more serious age of adolescence, I focused mainly on a group of friends, but also on falling in and out of love with boys!

It is my impression that the visual and musical dimension of ‘Perfect 10’ corresponds well with the age of the characters, when emotions are more extreme and everything feels so much more intense.

I really wanted everything in the film to depict and express what it really means to be a teenager. It is a time when emotions fluctuate. I wanted to stay close to my characters, with all their colourful, sun-kissed light. At the editing stage, we wanted to set the right pace and energy level for the story. Music, in turn, is an attempt to enter Leigh’s state of mind. On the one hand, I tried to choose the pieces she would listen to, but on the other hand, these compositions were supposed to give the impression as if they were coming straight from her head. 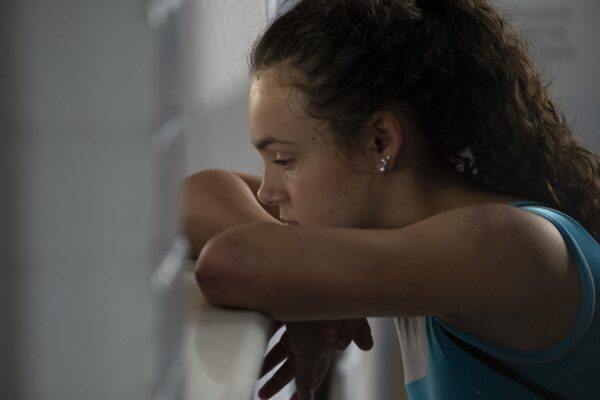 For me, ‘Perfect 10’ is also a story about the need for closeness. Your protagonist comes to this realisation quite by accident, when Leigh’s half-brother unexpectedly appears in her life one day. Do you believe that blood ties, regardless of bigger or smaller crises, are something special?

Family is certainly very important but you have to bear in mind that it can take many forms. It is always good to have someone who would stand by you and support you unconditionally. And all that in a different dimension than the complicated feelings often accompanying romantic love. Family ties make you feel safe.

The chemistry between the two young actors, Frankie Box and Alfie Deegan, is impressive in your film. What was the process to achieve such a good result?

The audition stage itself was important and I was positive there was the right chemistry between Frankie and Alfie. Later in the process, I simply let them enjoy it. I tried not to put too much pressure on them. As a result, they felt at ease, comfortable on set, also in relation to each other. 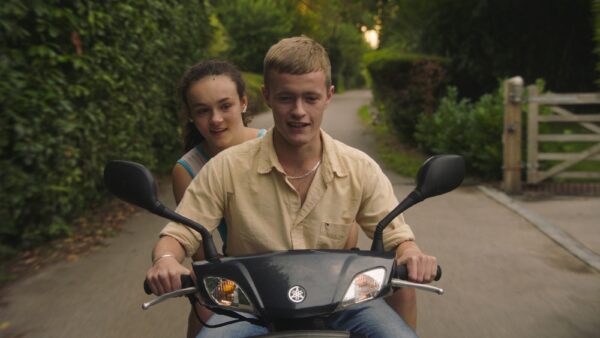 In some scenes, Frankie shows brilliant gymnastic skills. Does she have anything to do with this sport?

Frankie is a gymnast who has had experience of taking part in many competitions in this sport. That is how we actually came across her. We would visit the clubs, talk to the coaches and they suggested to us which people could be suited to take part in the rehearsals for the film. 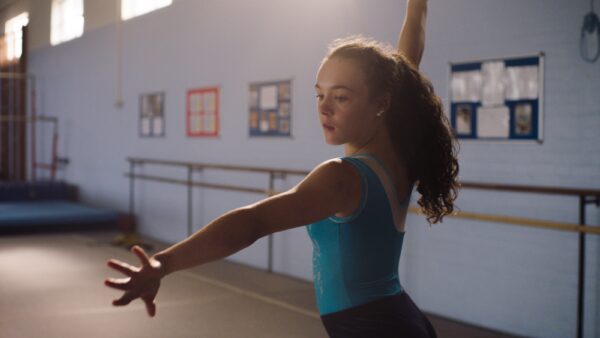 What challenges did you face as a debutant director?

It was certainly not easy to deal with a small budget. As a debutant, I also had to gain the trust of the people I was supposed to work with while making the film. It was a long and intense shooting process, much longer and more intense than my previous short films. I think I had to show a lot of stamina to get through it all.

Can we trace any inspirations you might have drawn from the British cinema in ‘Perfect 10’?

There are many British films that I am really fond of. ‘The Loneliness of the Long Distance Runner’ by Tony Richardson, ‘Morvern Callar’ by Lynne Ramsay’, ‘Fish Tank’ by Andrea Arnold or ‘Weekend’ by Andrew Haigh. All of the above films are characterised by naturalistic acting and beautiful visual dimension.