“I think she’s even learning Polish”. Kurt Martin about ‘Moon Rock for Monday’

Nine-years old Monday is terminally ill, she probably will not live older than 16. She is a cheerful Australian kid with a caring father and a sunny approach to life, however in her eyes there is a deep well of sadness, and a desire for adventure and excitement. She dreams about a trip to Moon Rock, the Uluru monument, but never expected to embark on that journey in the company of a criminal. Tyler, a sympathetic robber, clumsily turned himself into a cop killer. During the trip, a beautiful big brother-little sister bond grows between them, as they cross paths with the loveliest bunch of quirky people, often lending them a helping hand. With police detectives and a raging father on their trail, you can’t give up hoping that the two will make it together, but the odds are well against them.

Two young outlaws on a trip through a desert landscape in a quest for freedom and relief. Debuting director Kurt Martin turns this deeply moving and utterly captivating “Natural Born Killers light” story into a road movie for all ages.

Gert Hermans: Tyler is not exactly a petty criminal, we’re talking about a true cop killer.
Kurt Martin: I probably could have gone with a small-time crook, but I really wanted a strong redemption plot for Tyler. I feel that everyone in the audience is ready to forgive him by the end of his journey, but in a way Tyler is doomed from the start.

Monday must be the coolest kid I’ve seen in a long time, stealing your heart in the blink of an eye. Was she “naturally born cool”?
Ashlyn (Louden-Gamble, playing Monday) is the coolest! She can sing, dance, write and act – I think she’s even learning Polish. I think Ash was born cool and I’m honestly her biggest fan! Monday on the other hand develops as she learns from Tyler and all the quirky characters she meets. By the end, she’s listening to cool music and she even adopts Tyler’s red converse shoes which I love.

Why Moon Rock? What is Monday hoping to find there?
I love it when you have to give a character a destination to get to. This idea about Moon Rock stems from her mother, who died a long time ago. Ever since, Monday had this war of conscience going on, for which she’s hoping to find redemption at Uluru. It’s just an idea in her head, like I used to have them myself. I was born with really bad eyesight, and my dad used to say things like: if you get a cut on your skin, and you go in the ocean, the salt water will make you better. I would jump in the ocean and put my eyes under the water, and come out with these big blood shot eyes. That’s the kind of ideas you get in your head as a child.

The sentence that probably moved me most, could be “She died on a Monday” (about Monday’s mother). What a brilliant way to share such very delicate information with us.
Martin: When you’re writing it’s really tempting to make things very obvious for the audience. But on this line I really wanted the audience to work for it. So thank you for noticing!

Tyler seems to have a talent for stealing amazing, iconic cars. Tell me something more about your “special eye” for cars.
Mate, I know nothing about cars! If I did there is no way I would’ve picked that car to shoot with. We had to drive it 30 hours into the Australian desert, which is fine for new cars. But this car was 50 years old! It constantly broke down along the way. For me Tyler’s colour throughout the film is red, so it made sense that he’d steal a red car. I also slipped in a yellow kombi, which was a little nod to ‘Little Miss Sunshine’.

Why ‘Little Miss Sunshine’?
That film just blows me away every time I watch it. Actually one of my favourite films is ‘City of God’, I took a bit from that, and I was influenced a lot by ‘Alice in Wonderland’.

With which your film has a great collection of odd characters and beautiful freaks in common, that we meet along the way. What does this trip tell about the true soul of Australia, besides that you can play golf in the desert?
You know we actually have a golf course in the middle of the desert? It completely blew my mind and I had to incorporate it into the film. Australia is so multi-cultural, there are some really beautiful people out there. It is so easy to judge a book by its cover, but if we scratch the surface, we see we’re all going through our own issues. You can get so much more out of life by showing people empathy, something Monday does with everyone she meets. I kinda hope it’s something the audience can take away from the film as well.

Monday has a devoted and patient father. Throughout the film his appearance starts resembling more and more a typical Hollywood vengeful vigilante on a never-ending chase mission.
The father’s journey is about acceptance. He has to let Monday go, he can’t lock her up in the apartment and feed her medication forever. She needs to burn bright, even if it’s only for a small amount of time. 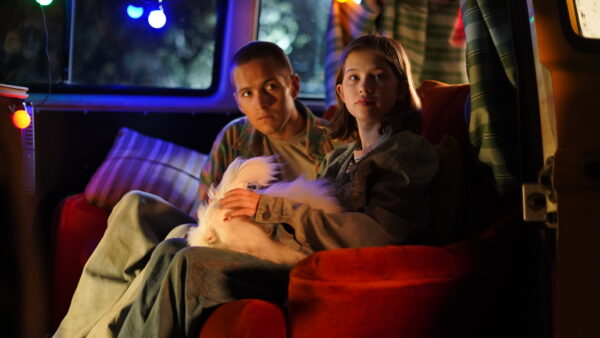 A rabbit is keeping us company throughout the entire film. How was it to work with ‘Bacon’?
A nightmare! Half the time the rabbit was a pillow, don’t tell anyone. No, I’m just joking. We had a rabbit wrangler on set who took care of Bacon, and Ashlyn even became good friends with him by the end of filming. As a thank you to Ash for all her hard work I bought her a rabbit as a present.

How did Brian Jonestown Massacre (and some other bands) end up on the movie’s soundtrack?
I grew up in the 90s and I just love that kind of music. But we had such a small budget, so I had to be very selective of what music I could choose. 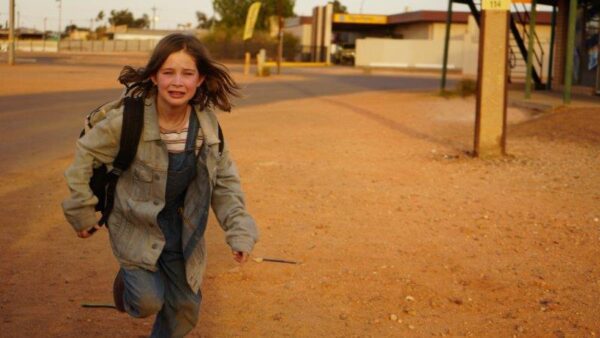 I guess ‘Moon Rock for Monday’ was not in the first place intended as a youth movie. Could you have guessed, while making the film, that one day it would be screened in a Polish young audience festival? How would that make you feel?
I had no idea. I’ve always wanted to make films, it’s been my dream (similar to Monday’s dream of getting to the Moon Rock). So honestly I’m just so happy to have made a film. But to be accepted into film festivals like Ale Kino! is just amazing, everyone is so happy and blown away. We are so proud and excited to be a part of your line-up. I’d like to say a massive ‘thank you’ to you for having us and I hope you like the film!