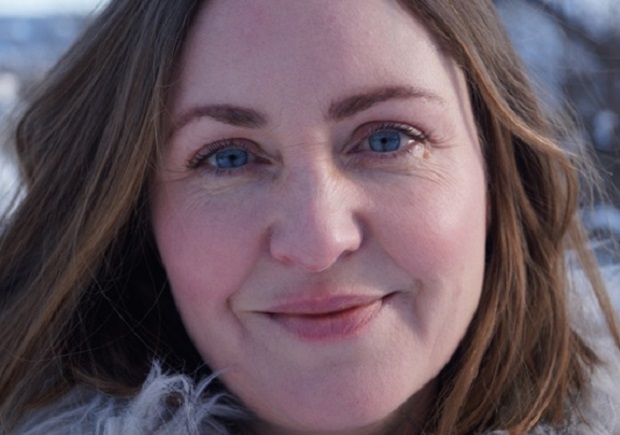 December 1942, Norway. Two Jewish children, Sarah and Daniel, hide in the cellar at Otto and Gerda’s house. They live in constant fear and dream about making their way to the far-away, neutral Sweden. When Otto and Gerda discover their presence, the girl decides to help them out.

Kuba Armata: The action of ‘The Crossing’ takes place in Norway during World War II. Your young protagonists are forced to flee persecutions because of their Jewish origin. You combine a difficult theme with an action film formula which, in turn, offers entertainment with an educational merit.

Johanne Helgeland: That was the main reason why we wanted to tell this story. We did realise that if we are addressing this film to young audience, we cannot make it too realistic or literal. That posed the greatest challenge to me, as Holocaust and the plight of Jewish children during World War II is a particularly difficult and demanding subject. However, I wanted to be fair in approaching it and talk about the essence of evil, which initially raised some doubts as to the possibly too gruelling final outcome. In effect, we had to create the way to tell the story through images which would be comfortable for the audience. Hence, the protagonist – a girl named Gerda – is a curious, active and adventure-seeking type. To some extent, she perceives the reality in a somewhat fairy tale manner, which was a valuable clue for me as to how to proceed with the narration of this difficult story. 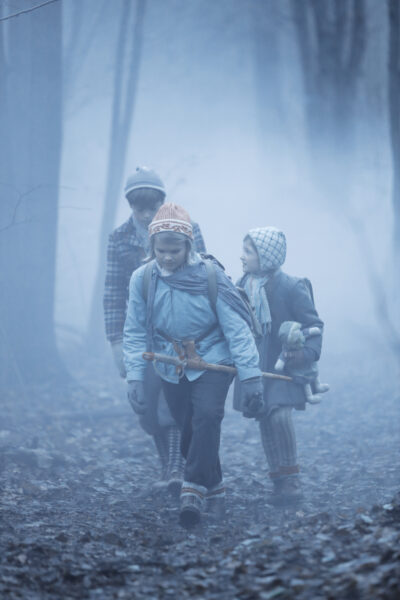 Gerda is indeed fascinated with the characters of the three musketeers from Alexandre Dumas’ novel. In a world which forces children to grow up instantly – does their unrestrained imagination serve as a sort of protective barrier?

It sure does. Generally, I think children have this unique and very precious ability to adopt a positive outlook on life, to see the good in it, even if the reality paints quite the opposite picture. This ability fades with age, unfortunately. Adults see only darkness. Sometimes I feel so ashamed of them and their conduct which contributes to the destruction of the world. It is kids who suffer the most as a result of armed conflicts. Now, sadly, it is very clearly visible because there haven’t been so many refugees since World War II. Half of them are children below the age of 16. Adults need to realise that each conflict they engage in also affects the youngest children, against their will. 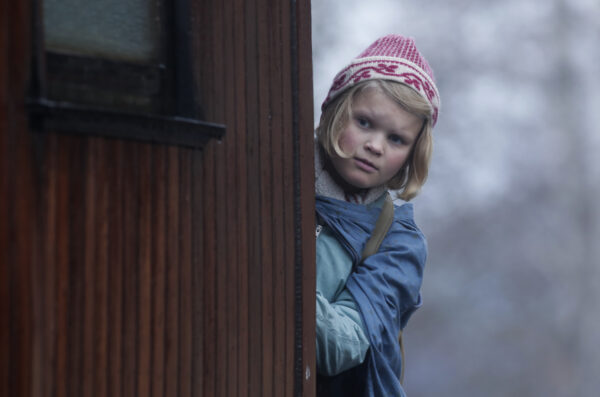 ‘The Crossing’ is your debut as a director. What inspired you to address it to young audience?

I took a liking to this project from the very beginning, but it had to wait for its time for quite a while. We stumbled upon a lot of problems along the way and promised ourselves that with the next failed attempt at getting the funding, we would resign. Being a mother myself, I felt its importance. I remember that when I was a little girl, I enjoyed films for kids which treated the young viewer as a serious partner. That was something I really wanted to achieve: to convey a message that is really important to children under the veil of adventure, for it’s the children who are the true protagonists of this story.

What emotions accompanied your children while watching the film?

They have seen it many times and we even have our inside joke about that. Every time we, as a family, think about what film to watch, I tease them that maybe they need to refresh ‘The Crossing’. They reply: ‘Oh no, not again!’ (laughter). I guess they grew pretty tired of it by now.

How did you come across your four young actors?

We organised a casting but due to budgetary constraints we couldn’t afford to audition 1000 children. In the end, about 100 young people showed up and we managed to select the best ones in a rather short time. It was much more difficult with the boys. They are a bit older, so, naturally, they have already entered this period in life when they are more self-conscious, they find some things embarrassing and seem a little closed. The situation was rather different with the girls, as they demonstrated easier and more natural access to a broader spectrum of emotions as their means of expression. 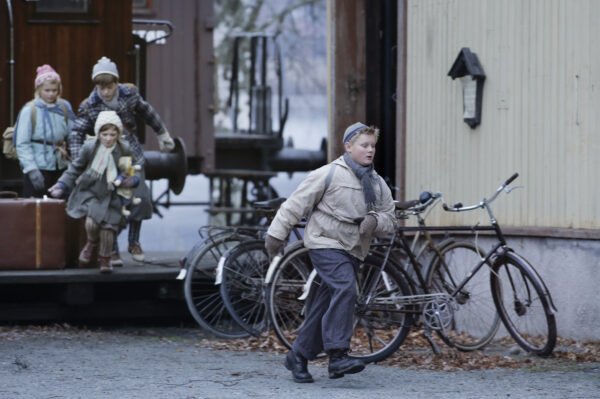 One of the boys – Otto – who is Gerda’s brother, initially shows fascination with the Nazi ideology. What do you think attracted him to that?

Otto is somewhat lost. He is not surrounded with a circle of friends, which possibly makes him feel a bit lonely and alienated in his everyday life. He also enjoys when everything comes together and logic lets him find an explanation to his parents’ fate. It makes it easier for him to place blame this way. Besides, his best friend is a son of a Nazi leader. Perhaps he follows the discourse presented to him by that boy – that it is the right thing to believe in. Looking from a historical angle, I think that in 1942 it was much more difficult to clearly tell right from wrong. Not only for children, but also for many adults who were faced with serious moral dilemmas. In our film, we wanted to emphasise that it’s good to change your mind sometimes just at the right moment. There’s something very human about that.

How did your young actors react to the screenplay? Did you talk to them a lot about history?

It seems that children nowadays know less and less about World War II. So we organised history lessons of sorts. Our film tells the story of Norwegian Jews living in Oslo in 1930s and 40s. We discussed the Holocaust, visited the places in order to prepare our young actors for their roles. I believe that ‘The Crossing’ may prove an important film in the context of education, because it is the way to initiate a discussion on tragic past events. Interestingly enough, there has not yet been a single film about World War II made for young audiences in Norway. They were always addressed to adults. 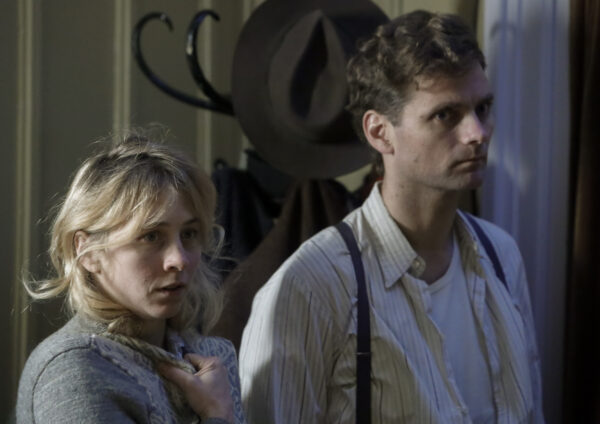 What do you think is the reason?

That’s a good question to which I cannot find a straightforward answer. I remember that when I would come across such films in my childhood, they were indeed intended for much older audiences. When we started working on ‘The Crossing’, I had the impression that, although the screenplay was well received, we did not get funding initially, as the theme was deemed to be too difficult for children.

What would you like young audiences to take away from your film?

Above all, I want them to start asking questions after watching the film. There are probably many stories in their families that they have never heard of, and I am sure they could learn a lot from them. It is worth talking to the grandparents, because many of these testimonies should be told and passed on from generation to generation. I would also like adults to take up this challenge and talk to their children about these difficult subjects, such as the Holocaust, for instance. Children must be aware that specific actions bear specific consequences, but even if something goes in the wrong direction, it is always possible to reflect and stop it.