“That’s what I enjoy doing!“ John Sheedy, the director of ‘H is for Happiness’, as interviewed by Kuba Armata

Twelve-year-old Candice is a girl with boundless optimism and a vivid, unique view of the world around her. She becomes fascinated with the new boy at school. They become friends and Candice sets out to mend her broken family.

Kuba Armata: Your film is based on a popular book in which life is cleverly defined by successive letters of the alphabet.

John Sheedy: I got involved in this project when the screenplay had already been written. I remember my agent calling me and asking if I would be interested in directing the story. I read the book and the screenplay then and I liked the fact that the story was not addressed just to young people. It has a much broader reach, as it will potentially interest parents and even grandparents, too. It takes on many serious topics, such as mourning and the way it affects the family and all of us, for that matter. There is also a boy who feels completely lost in the world he has to live in. To make sense of it, he ventures very dangerous attempts, yet wants to return to the reality in which he believes, nonetheless. I was also intrigued by how adults are presented. They are the ones who are mistaken, they cannot make good the situation despite having more tools at their disposal. The young do it for them, acting as kind of guides to complex, traumatic subjects, and all the adults need to do is simply trust them. Making the film, it was crucial to find the right balance between serious topics and humour, because on the one hand we are dealing with trauma, while on the other hand we see a slightly bizarre, twisted, often funny world.

Was it difficult for you to find that balance?

It was a challenge that accompanied us all the way in the process – from pre-production, through the shooting period to editing. I was aware that if I went too far for a comic effect, it would be difficult to take a step back later. And if I focused too much on the dramas of the family in the film, I’d lose the connection with young viewers. It was all about finding the middle ground. Let me give you an example. There is a powerful scene in the film in which the protagonist’s mother is in the bedroom, experiencing a nervous breakdown. The people at Universal Pictures were very cautious about how far one can go in depicting the mourning of parents when children look at it. They wanted to ensure it was as safe as possible, which I could also understand. Another plane which required a compromise concerned the balance between the commercial dimension and independence. 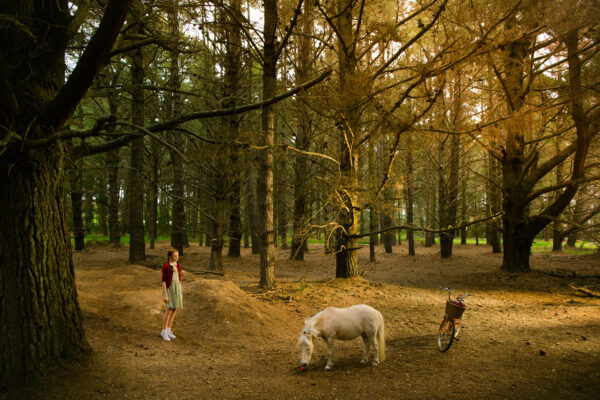 You mentioned mourning experienced by the family in the film. For me, personally, this is a very important theme in the film, showing how differently people can deal with such a tragic time.

Experiencing sadness and grief is a very personal and individual matter. There is no overarching rule governing our behaviour in such situations. Everyone deals with it in their very own way. I generally consider this an interesting issue. From the perspective of my protagonist, 12-year-old Candice, it seems less complicated. She simply wants everyone around her to be happy and able to move on with their lives. For her mother, in turn, the death of Candice’s sister will always mean losing a beloved child. Such a turn of events is not a natural walk of life. The woman, therefore, takes a completely different approach to this, as does the father, who locks himself in his study for days. On top of that, the relation between the father and Candice’s uncle is tense, and the girl also has to find her way around it. The plot also touches on that.

Despite the trauma she has suffered, Candice remains an eternal optimist. Where does this come from?

For some people it will be a charming feature, for others – quite the opposite. Candice tries to be positive towards her friends and class, which apparently is not appreciated by everyone. She is a young person, optimistic about the world and always seeking the good in people. What I really like about Candice is that she is a truth-seeker. Also, she tries to help her parents. And although it sometimes causes her problems, she is extremely persistent in her attitude.

Do you think that this ability to look for positive things is common in children, even in the face of a drama going on around them?

I think it is not necessarily so. Of course, there are people like Candice, but you have to be aware that there’s a price they need to pay for that. We can observe how the whole situation affects her on an emotional level. There are moments in the film when she ‘soaks’ in sadness and mourning, fights with herself and with the problems pile-up. She also meets Douglas Benson, her peer, who brings a lot of confusion into her world, as she has to help him too. We are looking at a very traumatised child here. Her way of dealing with the whole situation consists in trying to help everyone around her. There are people, both children and adults, for whom it is a method of dealing with their own issues. The last person they pay attention to is themselves. Hence, they manage to evade their own emotional turmoil.

There is a bit of magic in Candice’s world, though, mainly owing to the costume store owner. I found this character exceptionally charming.

Same here. Gavin owns a store where you can actually find your alter ego. There, like nowhere else in this town, you can be whoever you wish to be. In fact, this character is a magician of sorts. He is not too preoccupied with gender; he doesn’t care if he is a man or if he dresses up as a woman. His identity is defined by the way he feels on a given day and he doesn’t need to explain himself. I think that young people find it wonderful.

Speaking of magic, one couldn’t overlook the intriguing visual dimension of the film, especially in terms of the colour palette you used.

I reduced the whole story to three worlds. The first one is related to the strange, captivating reality of a small seaside town as seen through the eyes of Candice. I focused on achieving universality, so it is not possible to mark this place on the map. I did not want it to be typically Australian, so there are no ‘specific’ eucalyptus trees or kangaroos jumping on the streets (laughter). My intention was to allow the viewers to make their very own geographical assumptions about the place they see. Candice’s slightly twisted perspective also determined the use of characteristic colours. The second world is a more ordered one, because it concerns the school which the young protagonist attends. There, she encounters people who both bully her and like her. Lastly, there’s the girl’s home – a world of grief, silence and inertia. In the film, I wanted to emphasise that when she leaves home, she can catch her breath and face other people. These three realities complement one another and constitute a single mechanism. 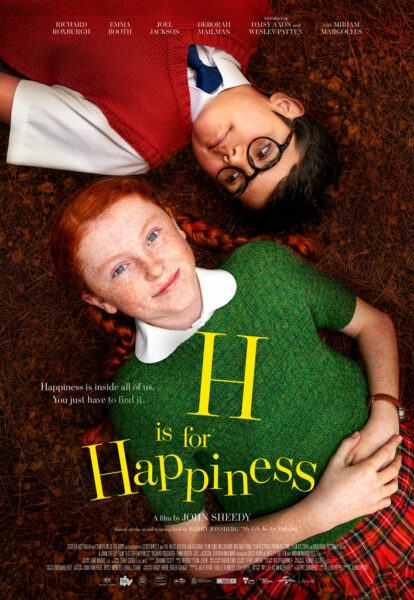 Do you have your own definition of happiness?

I do – it is work. I love working with other people. During the lockdown, which in Australia started mid-March, when I had very little options to leave home, I realised how much I missed it. It was a difficult experience, especially given the 4.5 months it lasted. It struck me that what makes me the happiest is being in one room with other creative people – writers, actors and so on. I love it.

In one of the scenes in ‘H is...’ the teacher says to your protagonist that the aim of the school project she was working on was primarily entertainment. And what was your goal when you were making the film?

Whenever I start a project, I always imagine an audience sitting at the cinema who is just about to see the result for the first time. I want them to get immersed in the story, laugh, be moved to tears, smile again, and when they leave the cinema – to feel they have had a good time. Yes, that’s what I enjoy doing!