“The golden rule of children’s cinema: get rid of the adults”. Marta Karwowska about ‘Triple Trouble’ 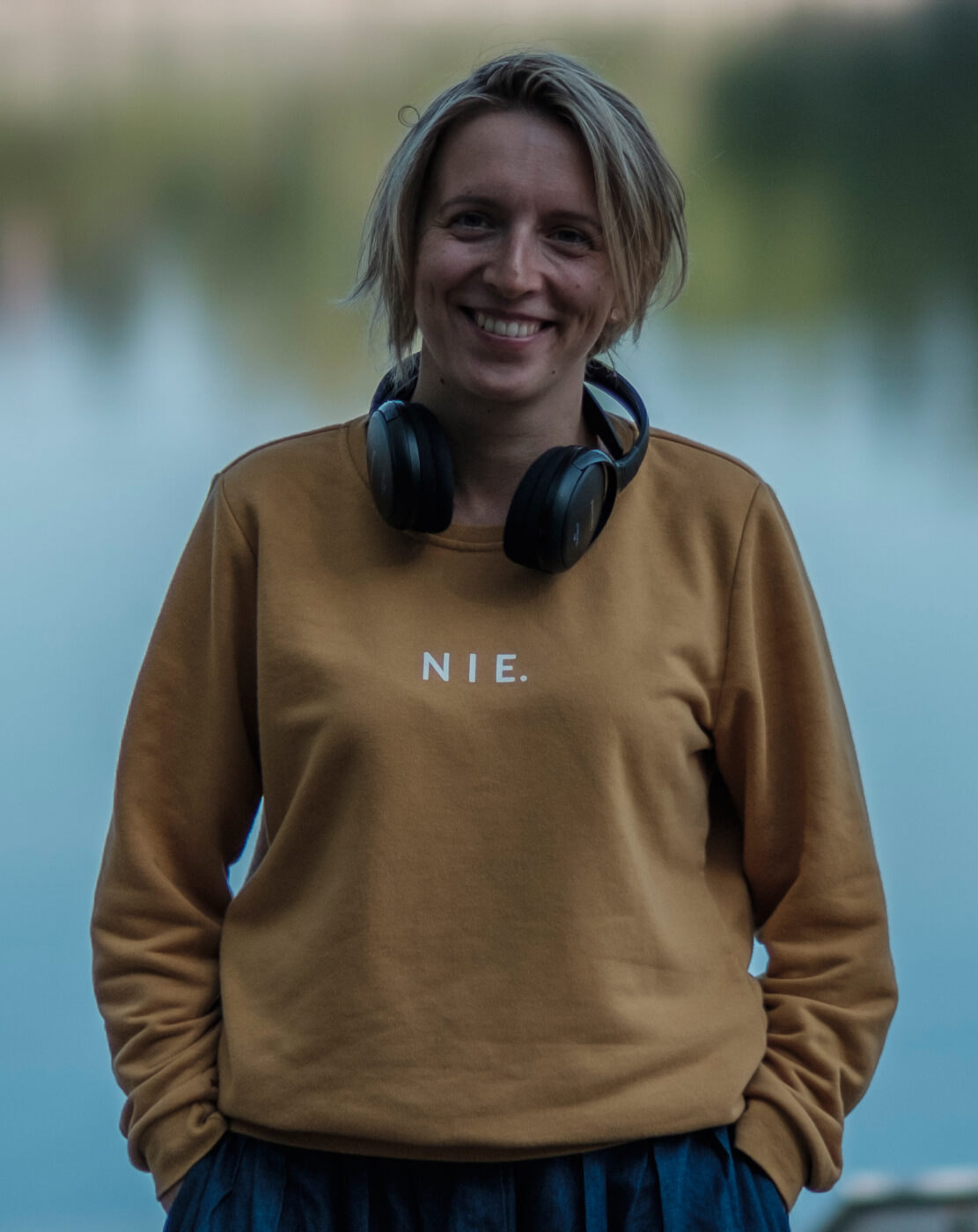 Creeping footsteps in the museum garden, skilful fingers fumbling on the frame of a painting – and not just any painting, but a masterpiece by Monet. The next day, it turns out the painting has been stolen, and Julka and Olek start their own investigation. Now that Julka’s aunt is falsely accused of theft, the duo quickly needs to reveal the true identity of the thief. They get unsolicited help from Felka, and with her comes trouble, jealousy and rivalry.

Gert Hermans: The film opens with a burglary in a museum. It felt almost like ‘Mission Impossible’ for kids.

Marta Karwowska: I had a great team at my disposal, and the opening scene is the result of several departments joining forces – stage design, cinematography, sound… We meticulously prepared the scene by drawing storyboards. We wanted to create a real “wow” effect to attract the viewer’s attention from the very first shot.

Where exactly did you film that scene?

We had been looking for a suitable location for a long time until we finally ended up in my dream location – we shot exactly where the scene is actually taking place, in the hall of the National Museum in Poznań. I guess Polish people will recognize the place because of its beautiful architecture and decoration. The cooperation with the Museum went smoothly, everyone was very helpful and open to our ideas and needs. 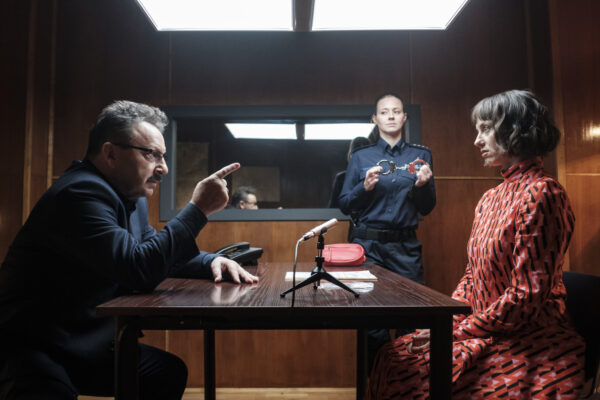 The story’s set-up is not coincidental.

Together with producer Agnieszka Dziedzic, we were looking for something that could serve as a foundation for our plot. Agnieszka remembered the story of Beach in Pourville, the only painting by Monet on public display in Poland, which was stolen from the Poznań National Museum in September 2000. It was cut out of its frame and replaced with a copy, painted on cardboard. The painting was recovered only in January 2010 and one suspect was arrested. This was exactly the kind of story we were looking for. 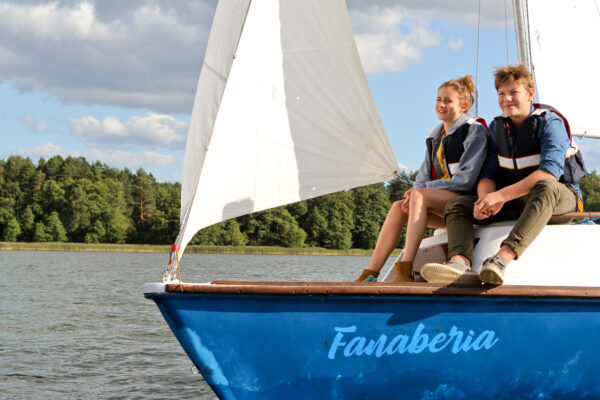 In comparison to your first (very successful) film ‘Double Trouble’, your characters have grown up a bit and are now facing life’s bigger questions about trust, friendship and jealousy.

For me, these films are two different worlds, even though ‘Double Trouble’ was made only three years ago. I approached the actors and the script completely differently, allowing me to go deeper this time. Of course, our characters are older and more mature, so their problems are a bit more complex. I hope our audience is growing up parallel to the films. Even the visual design of the movie is different – I wanted this one to be sunny, with more space and air.

How did you direct the dog Pulpet in his wild police chase scene?

The dog would only obey one person, which was our first AD. So he was the one in charge, although the scene was mainly constructed through editing. Both the dog and the policemen are running all the time through the same corridor. This scene was initially planned as a short gag, but in the editing room it turned out we had enough material to make it longer, if we puzzled it nicely together. I will also reveal the secret that Pulpet actually is a girl and her name is Marlena. 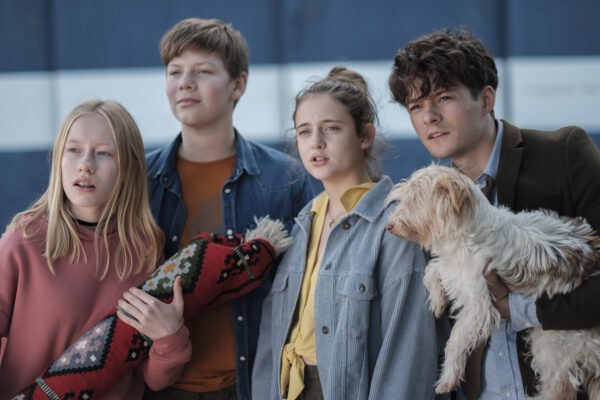 There were some more technical challenges to the film: cars, boats, planes, etc. You had it all! How did you keep it under control?

My main challenge is to shoot good emotional scenes, to be honest. That is what I care about. All you need for the action scenes is to be well-prepared, to take care of the safety of the actors and extras. The chases where shot in the studio, and we had stuntmen in the forest and on the boat. It wasn’t as hard as it seems

Throughout the film it is always the kids being in control; they can solve every problem without the involvement of grown-ups.

That was the most important element. It is the golden rule of children’s cinema; get rid of the adults and let the kids do the job. 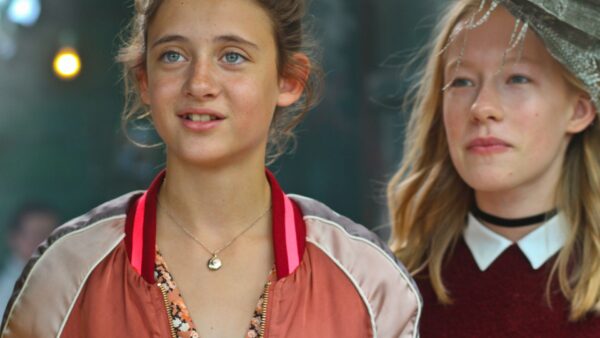 In your case: two girls, who truly cooperate once they’ve overcome their rivalry.

As a woman, it is only natural that I want girls to play the leading role in my films. The viewers often tell me that ‘Triple Trouble’ is a film with strong, charismatic female characters, like Julia and Fela, but also Kaja, the Aunt and the Double Coloured Eye woman, which makes me very happy. I really believe in friendship among girls – Julka and Felka’s friendship is an example of how to overcome problems and build strong relationships.

Your film will be screened in an internationally-respected Polish young audience festival. What impact did festivals like Ale Kino! have on the Polish children’s film scene?

I think festivals like Ale Kino! add an extra dimension to children’s cinema. They attract an audience that likes to talk about film. Unfortunately, not many films for children are being made in Poland. Which makes the festivals even more valuable – they emphasize the importance and prestige of our work.