A love letter to my mother. Samuel Kishi Leopo about ‘The Wolves’ 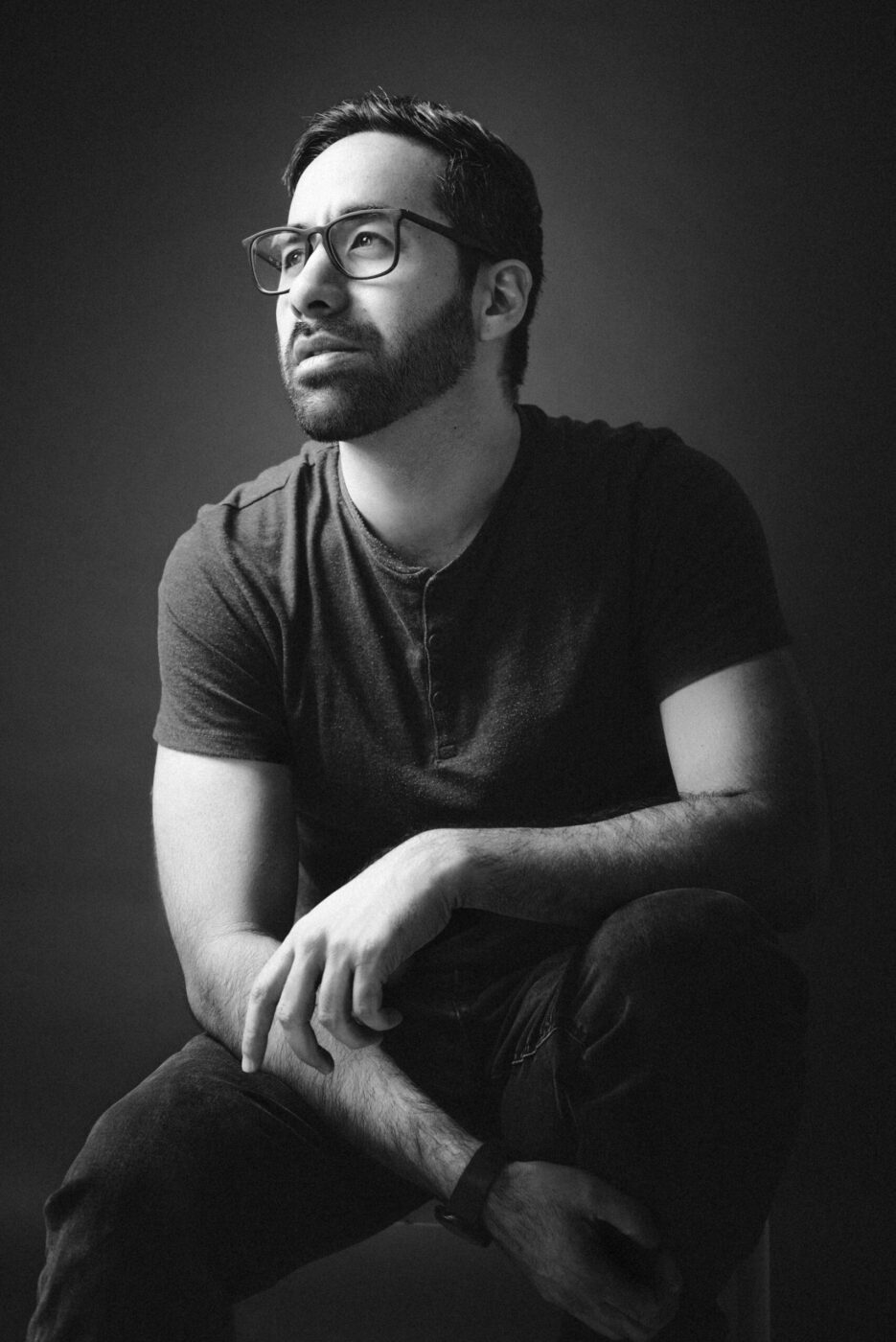 ‘The Wolves’, the Mexican film by Samuel Kishi Leopo had its moment of glory at the Berlinale 2020, where it won not only the Grand Prix of the Int’l Generation Kplus Jury but also the Peace Film Prize. According to the jury statement: “this sensitively and tenderly told film radically takes the side of humanity. In this film, children speak to children and even adults cannot help but listen to them. Poetic, courageous and combative, the film shows us what it means to build up a new existence in another country”. 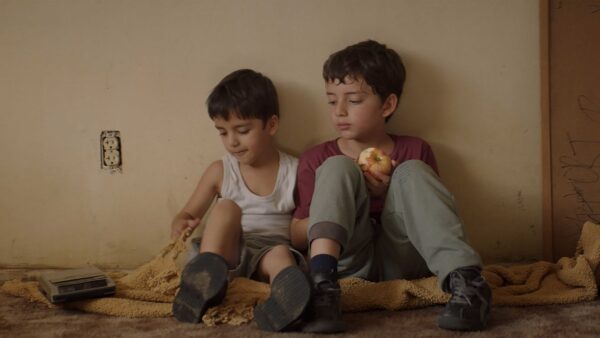 “You are strong wolves. Wolves don’t cry. They bite, howl and protect their home.” That is what Lucia instils in her 8 and 5-year-old sons Max and Leo, before locking them into their shabby apartment every day when she goes out to earn a living, working in an industrial laundry. She entered the US on a tourist visa from Mexico, pretending to be on a trip to Disneyland. Which is indeed what she had promised her children – that they would go to Disneyland, but only after they had mastered the alphabet, the numbers from 1 to 20 and the two first lessons in the English grammar book. We follow the story from the perspective of the brothers who spend their days waiting for their mum’s return, with nothing more than a few toys, crayons and their code of conduct recorded on an old cassette recorder. When they finally have completed their task but still didn’t go to Disneyland, Max breaks the agreement and dares to leave the apartment...

Samuel Kishi Leopo: I initially wanted to make a love letter to my mother who immigrated with my younger brother and me in 1989 from Guadalajara to Santa Ana in California – without any language skills, housing or work. At that time, I was five years old and my brother Kenji was three, even younger than the boys in the film. My mum, who had divorced my dad, rented a small apartment in a violent district with multiple ethnicities, and worked till the point of total exhaustion. But she had no chance to improve in life. As all immigrants up till now, she was like a ghost in the system, invisible. When I got older, I realised what she had put at stake for us, how brave and smart she was. I dedicated this film to her, Marcela Leopo Flores. My brother, who composes the music for my films, me and the wonderful actress Martha Reyes Arias, we all got selected as Berlinale Talents this year – what an honour! 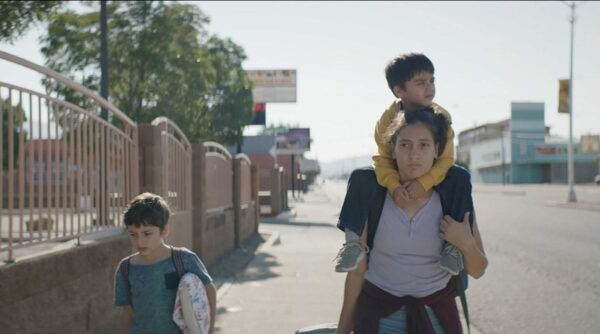 Why didn’t you shoot the film in Santa Ana?

Because the place did change a lot, it became a trendy, expensive spot. But in the Albuquerque “war zone” I found the same feeling, rooted in gangsterism, poverty, drug addiction and solitude, like in my childhood years. But at the same time, there was this wonderful solidarity among the weak, who can communicate even without any knowledge of English, Chinese, Cambodian or Spanish. That is why I came up with this bizarre Chinese couple helping Max, Leo and finally also Lucia. During my research, I saw many children like me. Also Valeria Luiselli’s novel Lost Children Archive has been a great source of inspiration. The situation now is worse than in the early nineties – nowadays we could get separated from our mother and be locked up in different children’s camps. But all those measures won’t halt migration. It’s a global political, economic and social problem that asks for a radical change in the system. 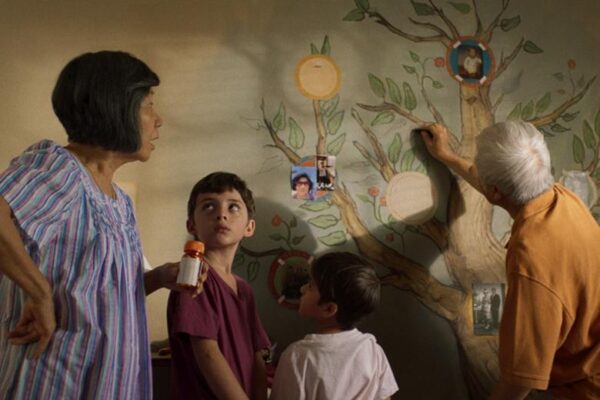 How did you become an artist?

It all started with a big fight with my mum at the age of 16. I ran away from home and lived alone. In my small apartment, I found a book: Gabriel Garcia Márquez’s Hundred Years of Solitude. After reading it, I started to read more and began to watch films. My heart was growing, I realised I had a lot of passion in me and I wanted to tell something to the world. In cinema, I discovered my real voice – it seemed that on screen I could express more than I could say in words – all thoughts, images and sounds came together in cinema. I studied audio-visual arts at the University of Guadalajara and made several short films that were screened at festivals, like in Clermont-Ferrand and Cannes. My feature debut ‘Somos Mari Pepa’ was presented at the Berlinale Generation Section in 2014.

Who are your idols in cinema?

Billy Wilder and Alexander Payne, because their films are a bridge for people who watch commercial cinema but might take up an interest in arthouse films. And I adore the Finnish director Aki Kaurismäki’s neo-realistic storytelling. His characters are often confronted with big social responsibilities but nevertheless full of hope. Every time I see a Kaurismäki movie, I cry. His brother Mika Kaurismäki is also good, but Aki is my idol.

Do you think the isolation in Santa Ana had an influence on your and your brother’s creativity?

My mother played an important role in this. Whenever she had the time, she read us stories. In her younger years, she dreamed of becoming a journalist. At one point, we returned to Guadalajara, when my father came to pick us up from Santa Ana and took us all home… until they divorced again. That’s when my mum started studying and found a job at a radio station, where she had her own radio show. While I was doing my homework, I always listened to my mum asking her audience this question: what did you see last night? People told her the craziest things. Those surrealistic stories occupied the imagination of my brother and me.